Ogilvie Subaru | Blog | What is the new Subaru Eyesight X?

What is the new Subaru Eyesight X?

Subaru Eyesight was first introduced to the 2013-2014 Legacy and Outback models. Its function is to monitor traffic movement, optimize cruise control, and warn you if you are swerving in your lane.

Subaru just announced a new-generation eyesight on the Levorg, a European model wagon. It is the first vehicle that offers 360-degree cameras, compared to the 2 camera 180 degree current generation. It is likely that the 2022 Subaru Forester will be the first U.S. and Canadian model to come with the new generation Eyesight.

What Is Different About Subaru Eyesight X?

The current Eyesight that we all know uses 2 cameras and 180 degrees to detect traffic and motion. The new Eyesight X will feature 4 cameras and a full 360 degree field of sensing, by combining the front and rear cameras. The new technology will also utilize 3D high-precision maps data and road information for each lane. Subaru’s goal is to have zero traffic fatalities by 2030 with the new system. 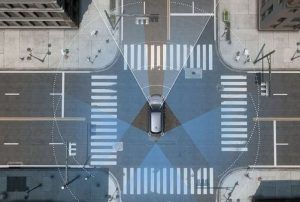 When Can We Expect Subaru Eyesight X?

Subaru Eyesight X has already debuted in Europe on the Subaru Levorg, but we can most likely expect it to debut in North America on the 2022 Forester. Subaru will eventually upgrade the entire lineup of vehicles with the new generation Eyesight.