Subaru Vehicles that Never Made it to North America 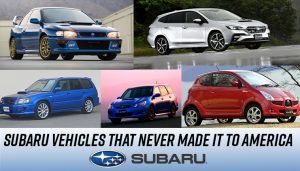 With the impending release of the 2023 Subaru models, we wanted to take the time to list some of the best Subaru’s that never made it to the North American market. Most of these cars were only sold in Japan and some, like the Levorg, are similar to existing models in the US and Canada. Some were designed to compete in segments not popular in our markets while others were only created in small batches and are valued extremely highly. These Subarus  also include some great specs and never seen engineering on this side of the globe. Subaru’s  cult following creates a huge market for these cars, and they may be some of the coolest vehicles ever released. Without further ado, here is our list of Subarus not sold in North America: 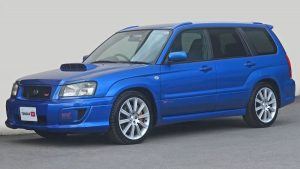 The Forester STI was produced from 2003-2008 and combined the Subaru Forester with the sporty WRX STI. An upgraded engine and AWD gave consumers more power, and upgraded suspension and steering led to better performance on the road. Unfortunately, the Forester STI was only sold in Japanese markets, as it only offered right hand steering. This was one of the first sporty SUV crossovers and likely would have been extremely successful in North American markets. 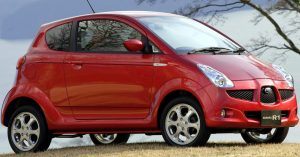 When thinking of small cars, perhaps the  car comes to mind. These subcompact cars are referred to as Kei cars in Japanese markets and are extremely popular. However, back in the mid-2000s Subaru came out with a Kei car to compete: the Subaru R1. This car was equipped with a 64hp engine and was a whopping 4.85 feet wide and 11.2 feet long. Subaru was no stranger to creating Kei cars as they had been producing them for Japan since the late 1960s. The early versions were the first Subarus to be sold in America and were known to be dangerous; they also didn’t perform well at all. The R1 was set to be released in the US, but after testing in New Jersey, those plans were dismissed. 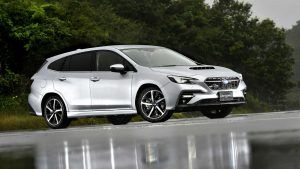 The Subaru Levorg is another car that never seemed to make its way to the North American markets. The Levorg is basically a Subaru Legacy wagon: all the same specs, looks, and power, but with a wagon back end. The next iteration of this car is said to have the same engine as the WRX, making it very appealing to those looking for a wagon with the extra power. This car is slated to come to Australia at the end of this year but doesn’t seem to be coming to North America any time soon. The new Subaru WRX wagon is somewhat like this ride, but isn’t as long and doesn’t have the same, awesome name as the Levorg. 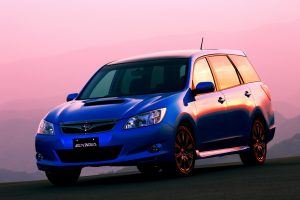 First produced in 2008, the Subaru Exiga is a stylish minivan/station wagon cross, made to compete with the Toyota Venza and the Honda Accord Crosstour. The Exiga was specifically made for right-handed driving markets and doesn’t seem to be coming to North America in the future. This cross is still a Subaru at heart, coming in an AWD option, giving drivers lots of range for a car that can seat 7 people. This car also boasts similar wheel arches to the Subaru Outback, and an awesome 5.9 inches of clearance! This is one that we really hope comes to the US and Canada. 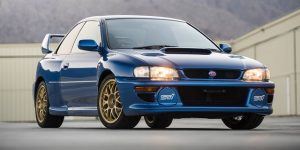 Lastly, we have the extremely rare Subaru Impreza 22B. This iteration of the Impreza was a limited release with only 424 ever produced. This car was built to honor Subaru’s 40th anniversary as well as its third consecutive World Rally Championship from 1995–97. This high-powered, all-out rally machine showcased the prowess and creativity of the brand’s in-house performance branch, the STI. Coming in at roughly 300hp, this high-powered machine is the most sought-after Subaru in their entire catalogue. One 22B just sold at an auction as recently as September 2021, and the selling price was a whopping $317,555! These cars are now becoming eligible for import into North America, but with only 424 ever made, we shouldn’t expect to see many of these cars on the road anytime soon.

Subarus are some of the most sought-after cars in the automotive industry, and it is baffling to see that some of their most popular and influential models have never made a worldwide release. From the wacky R1 to the overpowered 22B, Subaru continues to make a name for themselves as a top tier auto making brand. It will be extremely interesting and exciting to see if any of these cars get a full rebirth and release.