Previously believed to carry the “Evoltis” moniker, Subaru’s all-new electric SUV finally has an official name – “Solterra.” It’s derived from “sol” and “terra,” which represent the Latin words for “sun” and “earth,” respectively. This is a dedicated EV developed together with Toyota, which showed its equivalent version as the bZ4X concept about three weeks ago.

Accompanying the name reveal are two teaser images depicting what looks like the final version or at the very least a near-production concept in the same vein as its sister model from Toyota. Technical specifications have not been disclosed, but we do know Solterra has an all-wheel-drive system and that means it’s packing dual electric motors – one for each axle.

Some of you will recall Subaru quietly showed off the EV as an early concept / design buck in January 2020 with an overly angular design quite similar to the sharp-looking Toyota counterpart. Much like the bZ4X, the Solterra is a C-segment crossover and that means it will have roughly the same size as the Forester. 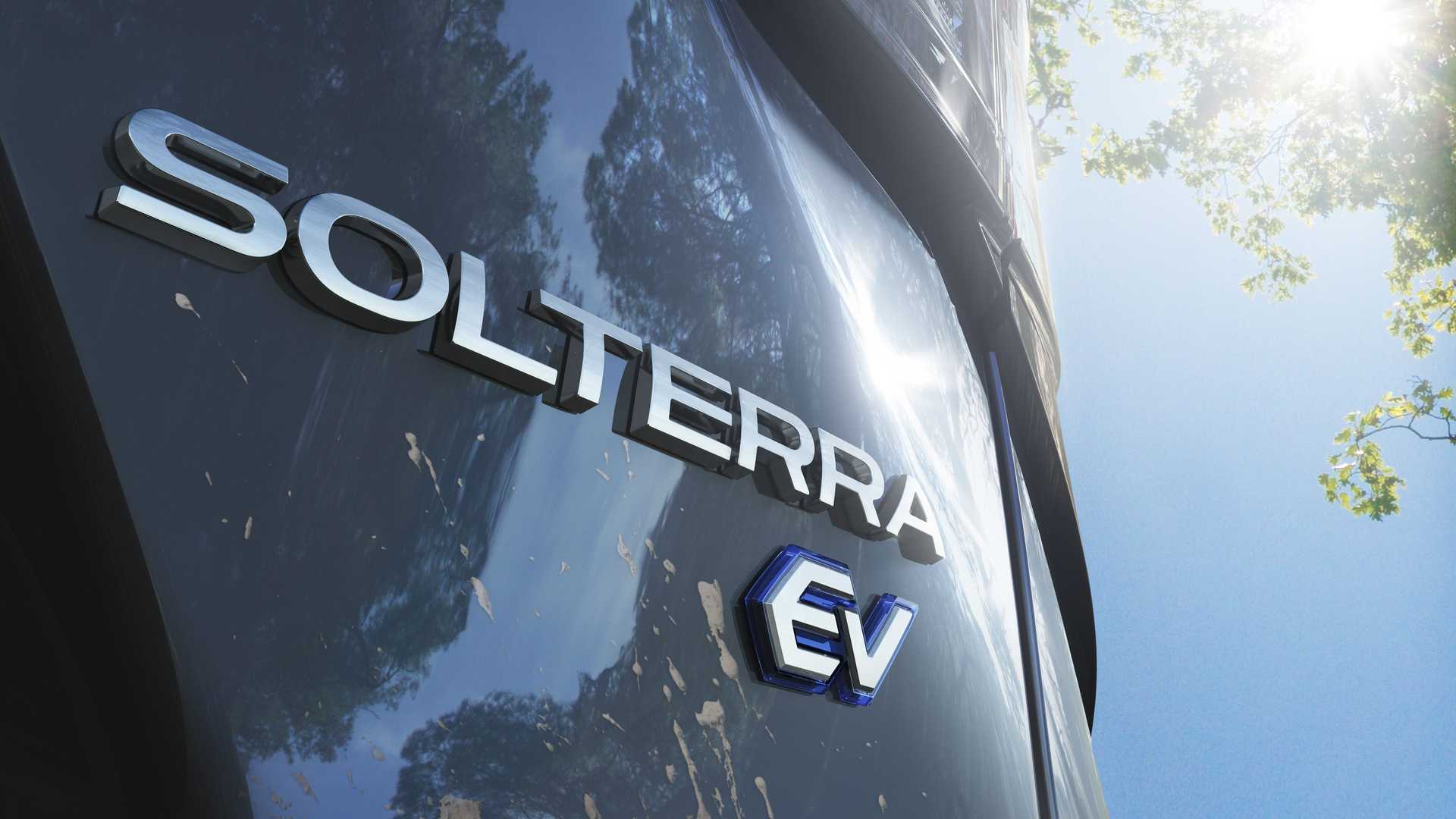 Being developed from day one as an electric vehicle, it likely has short overhangs to maximize wheelbase and offer a spacious interior, perhaps comparable to an SUV from a segment above. It’s more along the lines of speculation on our part since the Japanese brand isn’t willing to talk about the specs, only revealing the Solterra rides on a BEV-dedicated e-Subaru Global Platform.

It’s scheduled to go on sale by mid-2022 in Europe, United States, Canada, Japan, and China. Unsurprisingly, that’s when the Toyota bZ4X is also programmed to hit the market. It goes without saying the Solterra is an important model for Subaru as it will go down in history as the company’s very first EV.

We still have to wait about a year for the two electric SUVs to go on sale, so we’re hoping to learn more about the technical specifications in the coming months.